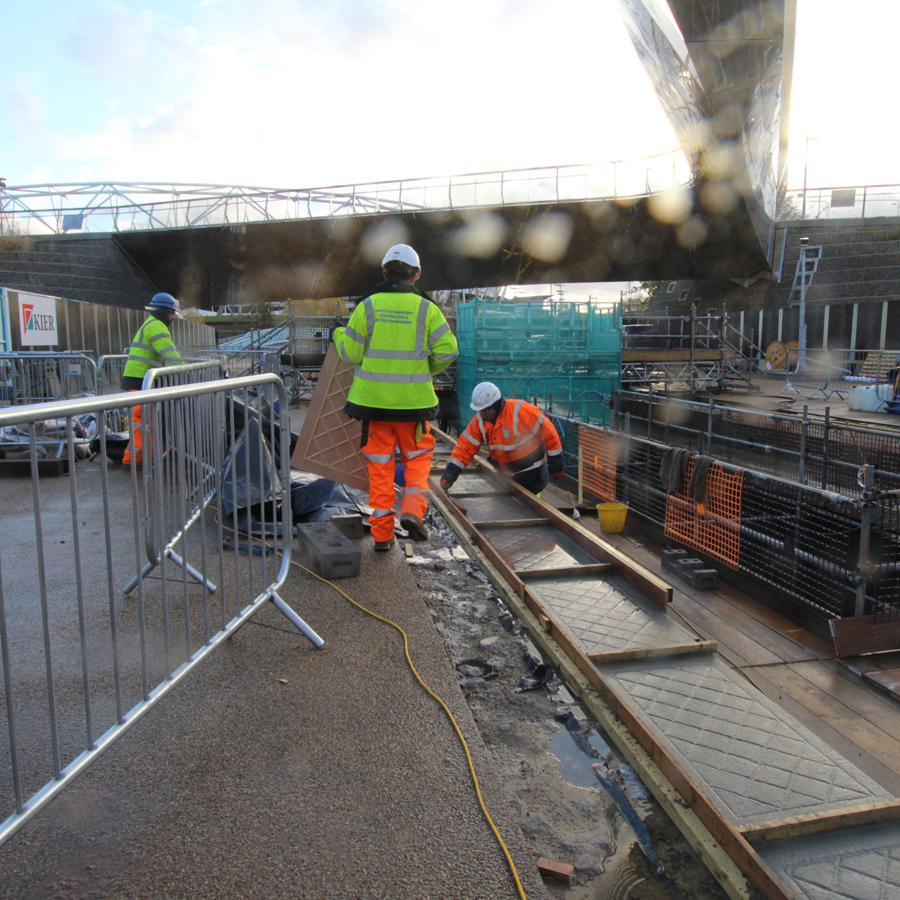 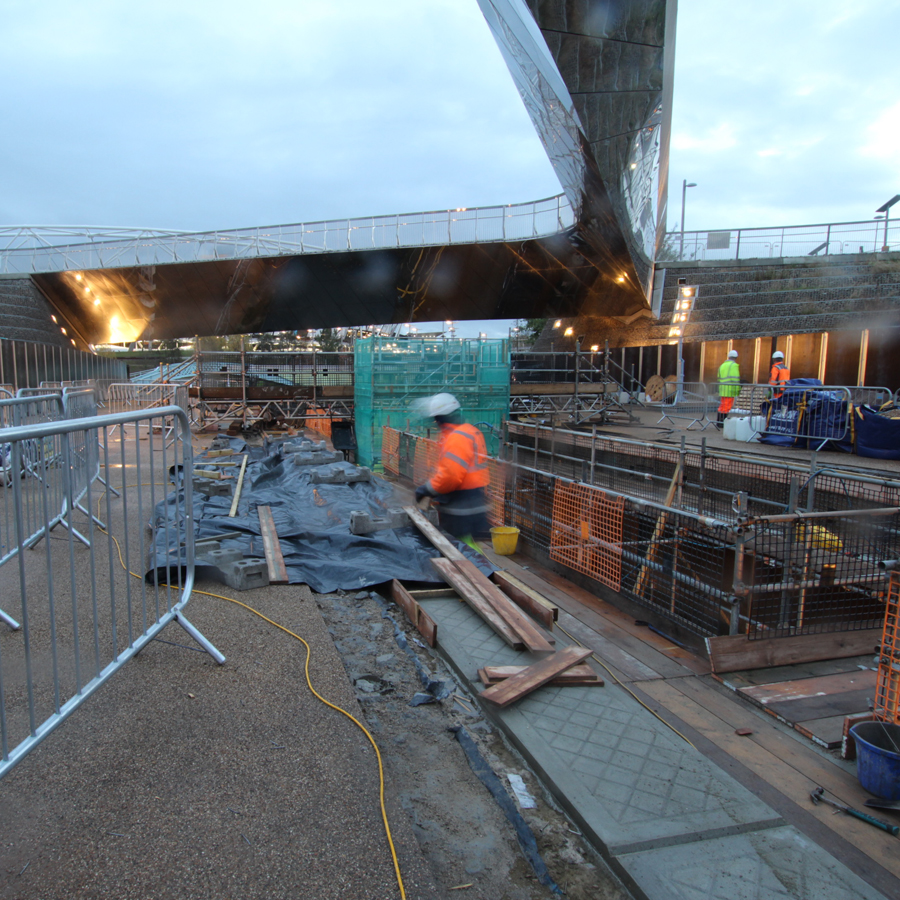 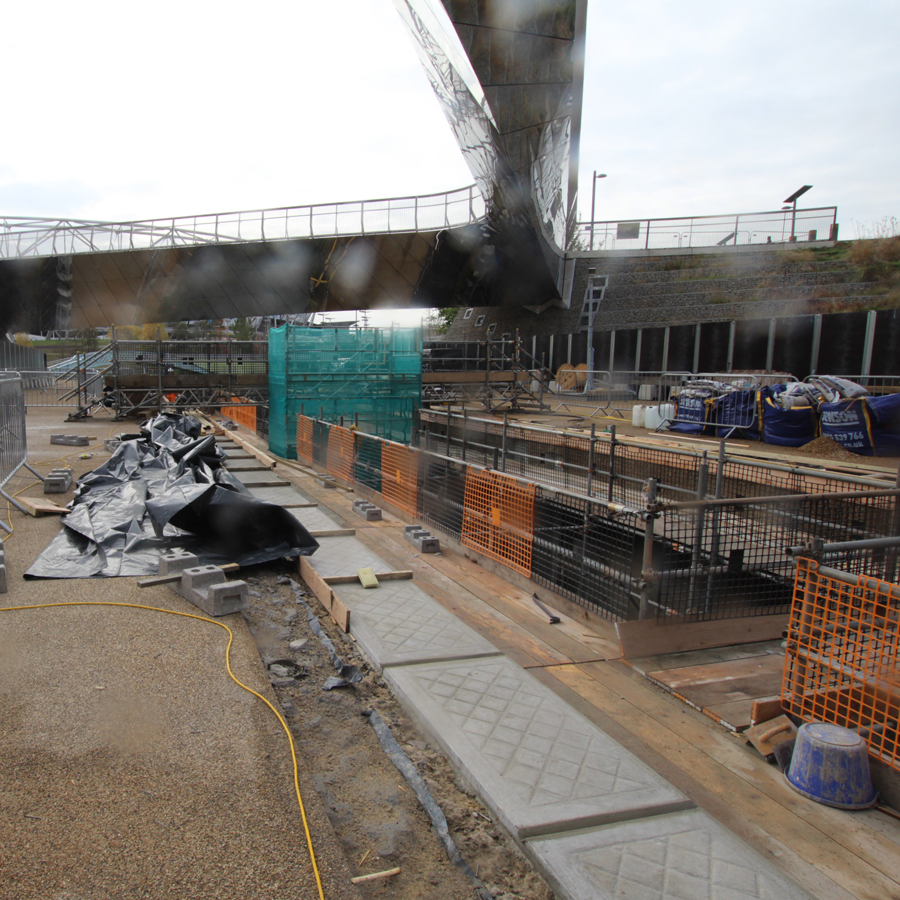 Back in 1933 when the first lock was built at Carpenters Road, it was an industrial area, and nobody gave much attention to how the lock looked. The edges of the lock were rough concrete, and the lifting mechanism was attached to simple overhead gantries.

Today, the lock sits in the middle of a public park, and the canal network is mainly used for leisure and recreation, so we are making the new lock a bit more attractive.

In December we casted a line of 'coping stones' along the edges of the lock - a decorative feature that you will see at many of the older locks on our network. Instead of using actual stone, we used concrete, which will be easier to replace if it gets damaged.

The line of different coloured stone and the change in texture also act as a safety feature for people with visual impairment, alerting them to be careful. But of course we are also putting in a barrier...