A jig and jack job 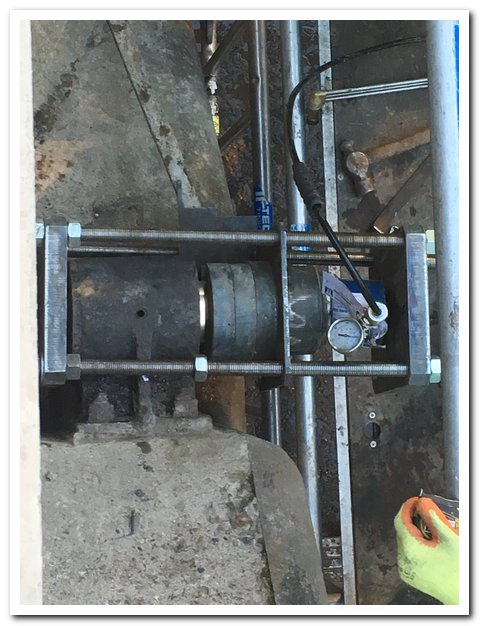 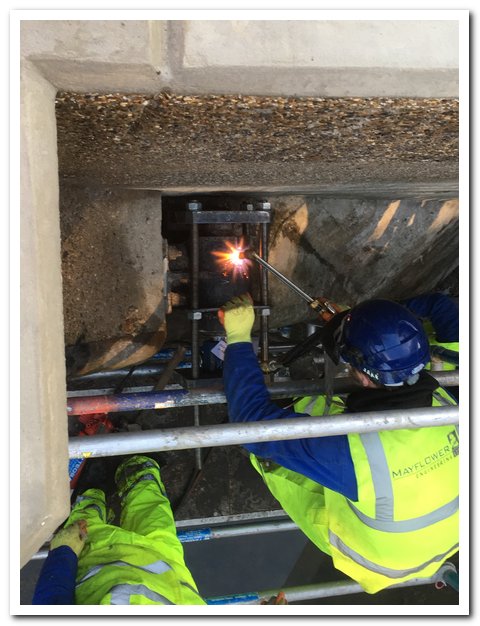 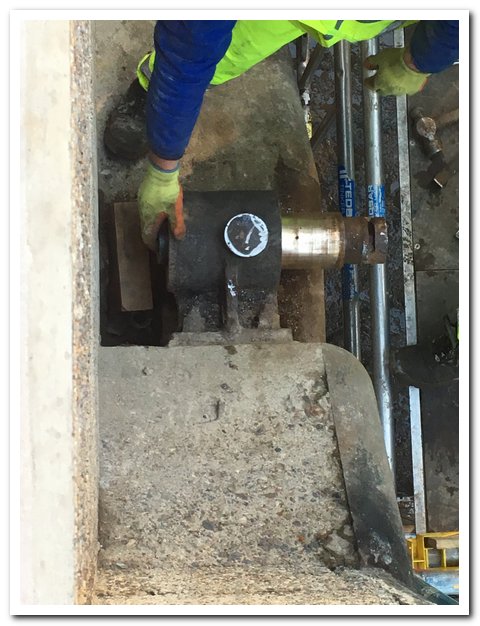 The old pins were firmly stuck in their brackets - 'seized' as engineers called it - so getting them out was going to need a bit of cunning.

First step was to create a way to get a good grip on the pin and apply some force. We cut deep grooves in the pin, and made a metal collar that fitted into the groove. The collar was attached to a metal frame (called a 'jig') that braced against the side of the lock at one end and attached  to a hydraulic jack at the other.

The next step was to apply heat - the engineer's best friend in getting siezed metal bolts to move because it makes everything expand a little bit and breaks the bond between the parts. We used a large gas torch, and it did the job. When we started up the hydraulic jack, it slowly dragged the pin out of its bracket, like pulling an old tooth.