Step 8: Lifting in the gates

One piece at a time 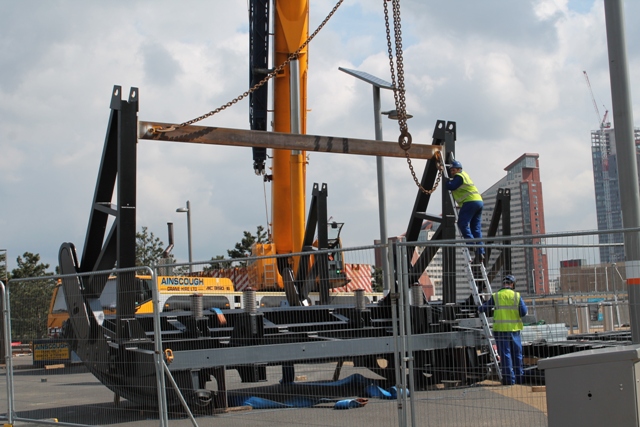 Attaching the chains at the Podium level 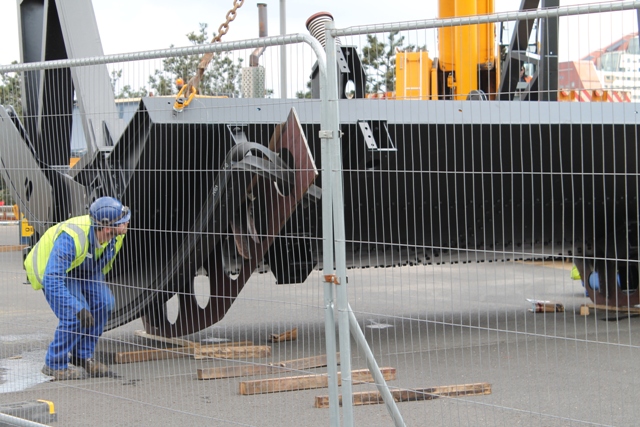 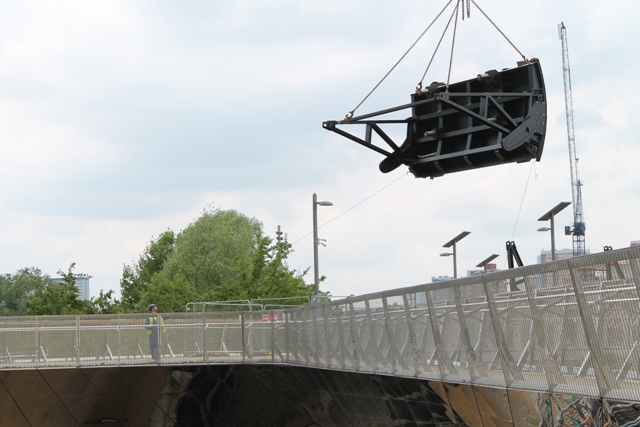 Swinging the gate over Diamond Bridge 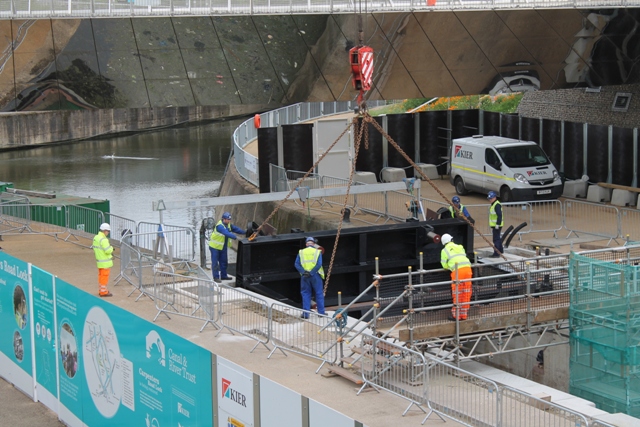 Guiding the gate into the chamber 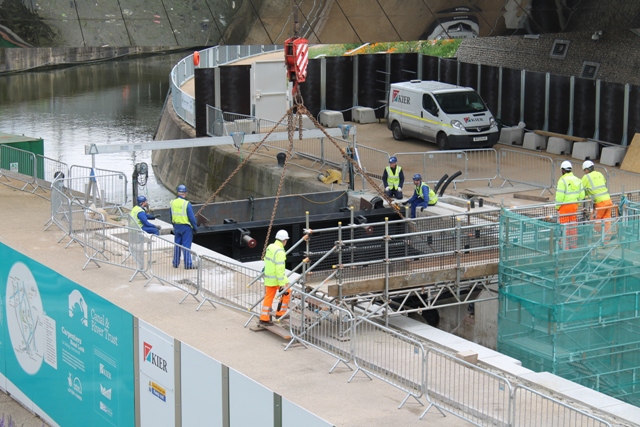 The lock gates, impact barriers, counterweights and gantries were delivered to site in the second week of May 2017 in several large pieces, with as much assembly as possible being done in Sheffield. A relatively light 60t crane positioned the pieces up at the Podium level, but a much heavier and taller 350t crane was needed to drop them into the lock chamber, which is about 50m away from the crane base.

The gate builder had welded lifting points onto the gate structure so it was easy to attach the heavy chains and get the gate up in the air.

As the gate was dropped very slowly the last few feet into the chamber, the team used ropes to guide it into the space and ensure it was positioned straight. It was such a tight fit that we had to grease the lock walls to slide the gates in.